Living with a Mental Health Condition 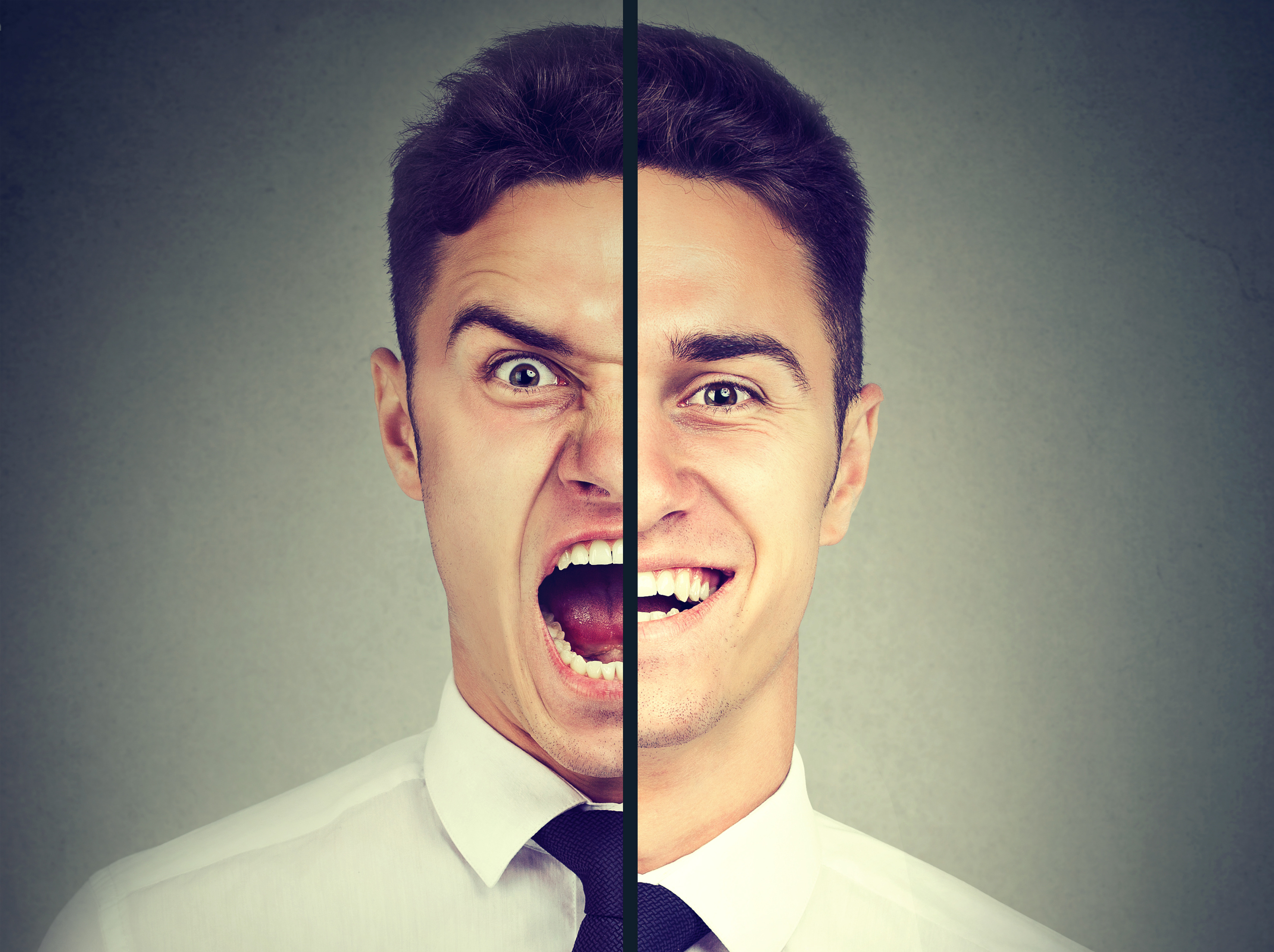 My brother has type 2 bipolar. It means that he gets rapid cycling mood changes and can go from feelings of manic to feelings of depression in as short a time as a week, month or even hour. Type 2 bipolar is generally not as extreme in mood changes as type 1 bipolar, in which a sufferer can have long periods of depression or mania. Or at least, that’s how it affects my brother. Everyone is as unique in their responses to mental health conditions as a grain of sand.

I recently wrote about how to help someone in a mental health crisis. I wanted to expand on that by interviewing someone who directly suffers from a mental health condition and give them a chance to share their thoughts on stigma, living with conditions and some thoughts on positive steps people can take to help others. So I asked my brother, someone close enough to me to give me an open and honest answer.

Knowing that mental health issues affect anyone regardless of their gender, age, race or social background, you may be surprised to learn that studies show there are certain mental conditions that affect women and men differently. Perhaps, the most concerning the fact that, although there are more women diagnosed with some common problems than men, the suicide rate for a man is still significantly higher. It could be to do with our masculine culture and men not feeling able to ask for help or receive help as easily. (Check out this site for more information on mental health statistics)

That said, I wanted to talk. Because it’s good to talk. So, take it away, bro.

Can you tell the readers a little bit about yourself and your lifestyle living with a mental health condition?

Well, I’ve gone from having a full-time job, a partner and a cat, to living in a studio flat by myself and it’s unkempt and messy. I was diagnosed with type 2 bipolar three years ago and was diagnosed with depression when I was 16 years-old (16 years ago).

How did you feel about getting a diagnosis?

Good! I felt like it better fit what I was going through. Also, for a while, it felt like it gave me an excuse to be happy in a lot of ways, because with depression if you’re not outwardly showing that you’re depressed all the time, it feels like people will judge you like you’re not really depressed.  But with bipolar, it feels like I have more freedom to have multiple moods. I know it sounds strange but it felt like this.

In what ways do you think your mental health condition has impacted your life?

The main way it has affected me is my living condition. I feel like I’ve given up in a lot of ways, so trying to get back into a healthy lifestyle is hard. But mostly it has impacted my friends and family because people try to support me and don’t know how. It has caused a lot of trouble. There’s a lot of internal frustration, anger and hatred that ends up coming out at other people, and that’s not really how I feel.

How do you think your mental health condition affects your personality, if at all?

I think its an integral part of my personality. That’s kind of the problem, being able to distinguish. Because it’s a mood disorder it means that depending on the mood I can look at things in different ways. There is a certain amount of identity I take from the diagnosis. I’m more aware of bipolar symptoms and being bipolar. Since the diagnosis, my condition has changed somewhat because I’m aware of being bipolar, rather than just knowing what sort of mood I’m in. I’m also more aware of my hypomanic episodes, although I don’t get them to such an extreme.

A diagnosis changes your definition of things. I don’t know whether that changes the effect or outcome but it definitely changes my awareness. There are good and bad things to take from it. You get a diagnosis and then there are different routes to take for treatment, which without it you just think ‘I feel bad’. But now I can get more specific treatment. But that, in turn, can make me feel very pigeon-holed. For example, there are certain treatments that I would like but I can’t get access to because they don’t deal with people with bipolar conditions.

I don’t know if I find any of them annoying. You just hear the same things from people over again. I’ve learnt how people respond in general. For example, people say ‘call me anytime you like’ but still get annoyed if you call them at 2 am. I get frustrated at people trying to give advice and answers to things when I don’t think there are any answers specifically. The most annoying thing at the moment is people talking about motivation or general health tips, such as getting sleep, drinking water, or giving health tips that I know are good and helpful, but that feel like just general advice. I was in a position where I was doing that in the first place and still got depressed and had to leave work. I don’t think those tips deal with the underlying problem. At the same time, it probably can help a little, it’s just very hard to do that when you’re feeling depressed.

How do you feel about stigma, or is it something that you notice in your day to day life?

I do notice some people having judgements. Because I’m not working, I spend all my time at home and I have friends that work full time. I can see that they’re judging me, thinking about how they managed to get up and work while they struggled. I realise it’s hard to get up in the morning and go to work anyway, I know what it’s like to do that. It feels like their attitude is that I should just ‘get on with it’ like they do. People think you’re just not trying hard enough. That’s frustrating.

Is there anything that helps you through personal tough times?

Friends! I try to keep distracted from it but I know that’s not necessarily the best method. Or starting a new project (a new 1000 projects!), that I never finish. Just talking to people helps. And talking about anything, having a conversation and a bit of company. In a way, that’s its own distraction. It doesn’t have to be talking about specific things or anything related to my mental health at all. I think people think because it’s a disorder or mental health issue they have to talk about the issue all the time, but it’s really just nice to talk to people, I’m not looking for answers.

I think mindfulness and meditation have helped me a lot by giving me an awareness of my own thoughts and feelings. Also, watching streams (online games) and listening to podcasts really helps. Music is good too, but having someone talking in the background is quite soothing.

Do you have any advice for positive things to say or do to help someone suffering from a mental health condition?

Just make contact. I don’t mean by constantly asking how they’re feeling. I find that a really hard question to answer most days. But just generally popping up and saying ‘hi, I’m thinking or you’ or ‘have you seen this film?’ It doesn’t need to seem like a big issue or feel like someone is really going out of their way to support you. If you’re a friend, just be a friend. Talk about random stuff with me. That’s all I need.

Change is good too. Getting out of the house or doing something different, even if I don’t feel like doing it, helps. I like it when people encourage me to do this. Even just walking to the shop to buy a chocolate bar and coming back is exercise. Walking is exercise. Exercise is good, but it doesn’t necessarily need to be a run or something more energetic. Trying to run when you’re feeling depressed is near impossible anyway!

This is where the truth runs through all of it, for me, though. Living with bipolar, for me at least, is really just about getting on with it. Even though the stigma around mental health conditions is about people assuming you can just get on with it, a lot of the time it’s getting on with it and not dwelling on it that helps. Which makes it feel pointless to talk about all of it in the first place. It’s a bit of a vicious circle. But then, it’s about finding a balance between distraction and acknowledging your health. I’m not ‘balanced’ now. But I know I have been before and I know I will be again one day. I just take it a moment at a time.

Thanks very much, brother! 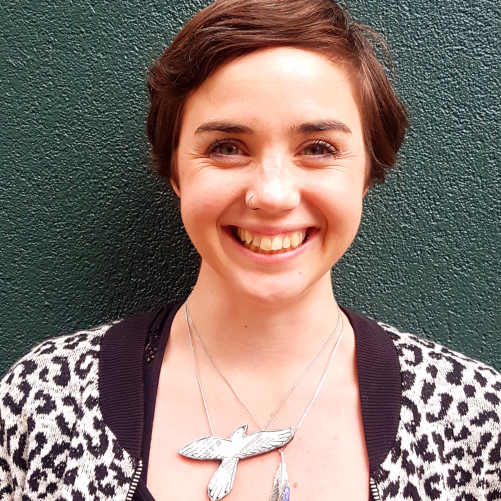 Nici Westhttps://lostforwordscopywriting.com/
Nici is freelance copywriter and editor based in London. She writes blogs, websites, newsletter, brochures and other weird and wonderful projects that come her way, including proofread captions on new documentaries. She loves writing about writing, start-up businesses, networking, mental health and running. She also writes fiction.
RELATED ARTICLES
Mind